Still thinking about this piece.  I know what I want to plug in the layers, but there is a ton of work left.  Since I am leaving for Texas to teach at the Texas Federation of Fiber Artists Conference I will have to let it sit till I get back.  The layers consist of a digital print on wire mesh, digital print on beverage cans and there will be slivers of beverage cans that have digital prints in between.  It will be very crushed up. As you can see the layers fall off of each other right now.  I may be able to get a few pieces done just to see what it looks like, but there is tons to do before I leave and my keynote to finish today.  Those pesky images need to be in place and work:) 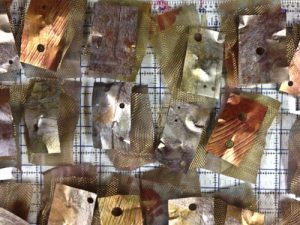 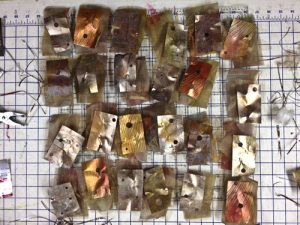 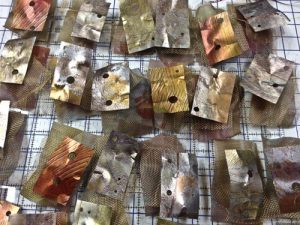 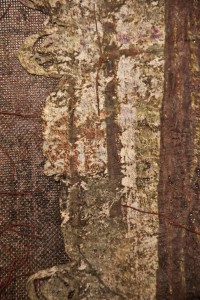